UAE announces the new applied UAE visa  fee policy. In this policy, the new structure of fee has also been introduced. Deputy Prime Minister and Interior Minister Sheikh Saif bin Zayed al Nahyan issued the order that the visa fee is now 200 dirhams per year which is sponsored by the government while the private sector or to free zones will cost 250 dirhams.

Peoples who are coming for treatment purpose can get the visa in 550 dirhams, the fee for the multiple visa will be 1400 dirhams and the same amount will have to pay the person who is travelling with the patient.

The fee of the transit from UAE will be 100 dirhams for 96 hours. 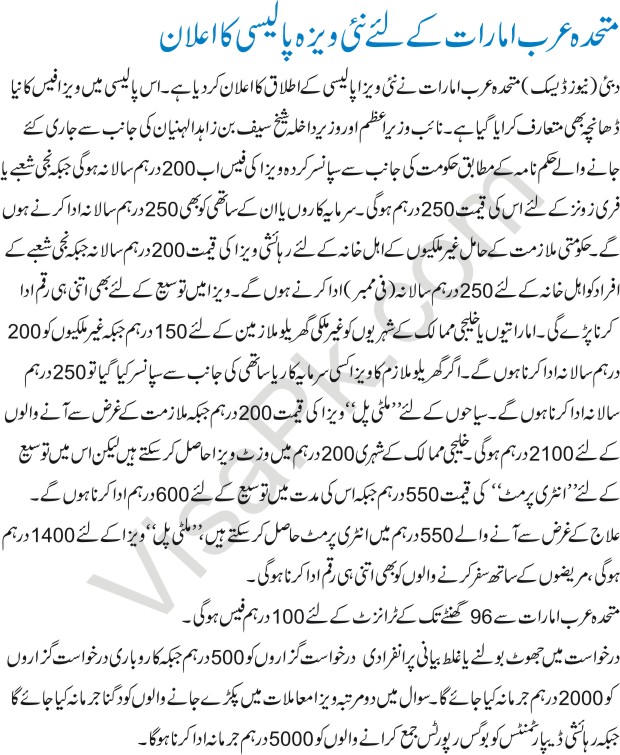 One Reply to “New UAE Visa Fee has Announced”