US President Barack Obama issued Executive Order on immigration reform after that 50 million illegal immigrants living in the United States would not be evicted.

During his speech on television about the  reform  American president announce that the  mass deportation is not only impossible but it is also against our conduct.

He said that Immigration laws should be discussed on hope instead of fear while on this occasion he invited the Congress to work together on the problems.

He said that our immigration system is collapsing While to leave the immigrants is actually synonymous to give them free hand.

He explained that immigration reform are legal and they are using their powers in this regard. He said that these reform will apply to those immigrants who are living in the United States since five years and whose babies were born in the US will be eligible for employment.

President Obama explained that those peoples who got the benefit will not be eligible to vote and insurance.

He said that 68 members of the Senate was designed the immigration bill last year while the solution of this issue can be done by joint efforts.

He also said that during the half century the republican and democratic presidents was also take these type of steps and if the republicans concerns about reform or about my options so they legislate.

He said more that the suspected terrorist also got the benefit of US law relaxation. 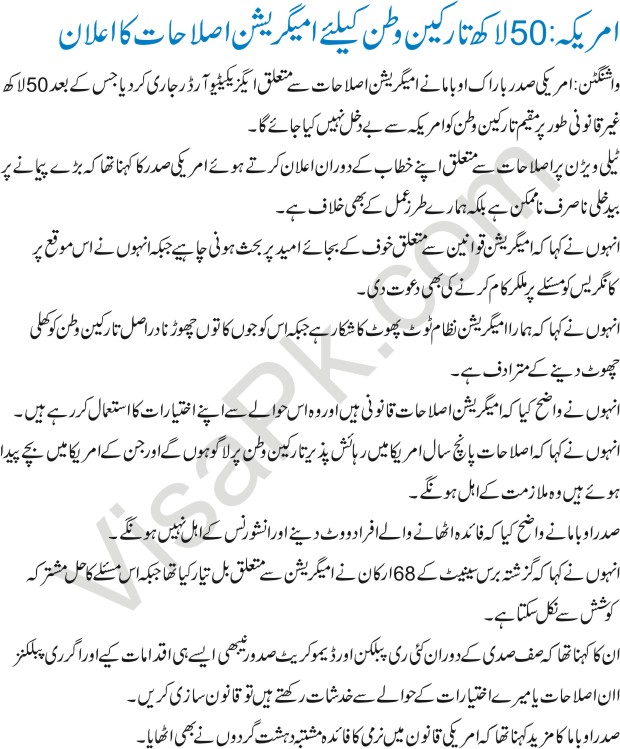